Learn about our history and plans for the future

In 1908, Paradise was home to just a handful of Seventh-day Adventists. By July of that year, enough church members had moved to the area to start the first Sabbath School in Paradise, the “Pilgrim Sabbath School.”

A church school opened with eight students and one teacher. In 1911, the first church in Paradise was organized by Elder Fred Bring. This new church brought more SDA families to the area who shared the Bible’s truths with others in the community.

Between 1917 and 1921, the membership dwindled to the point of no organized church or school, until W. S. Curran moved to the area in 1921 and revived the Sabbath school and church. In 1922, Elder George Sims was asked to be preacher for all of Chico, Paradise, and Oroville, and membership started to grow once again. 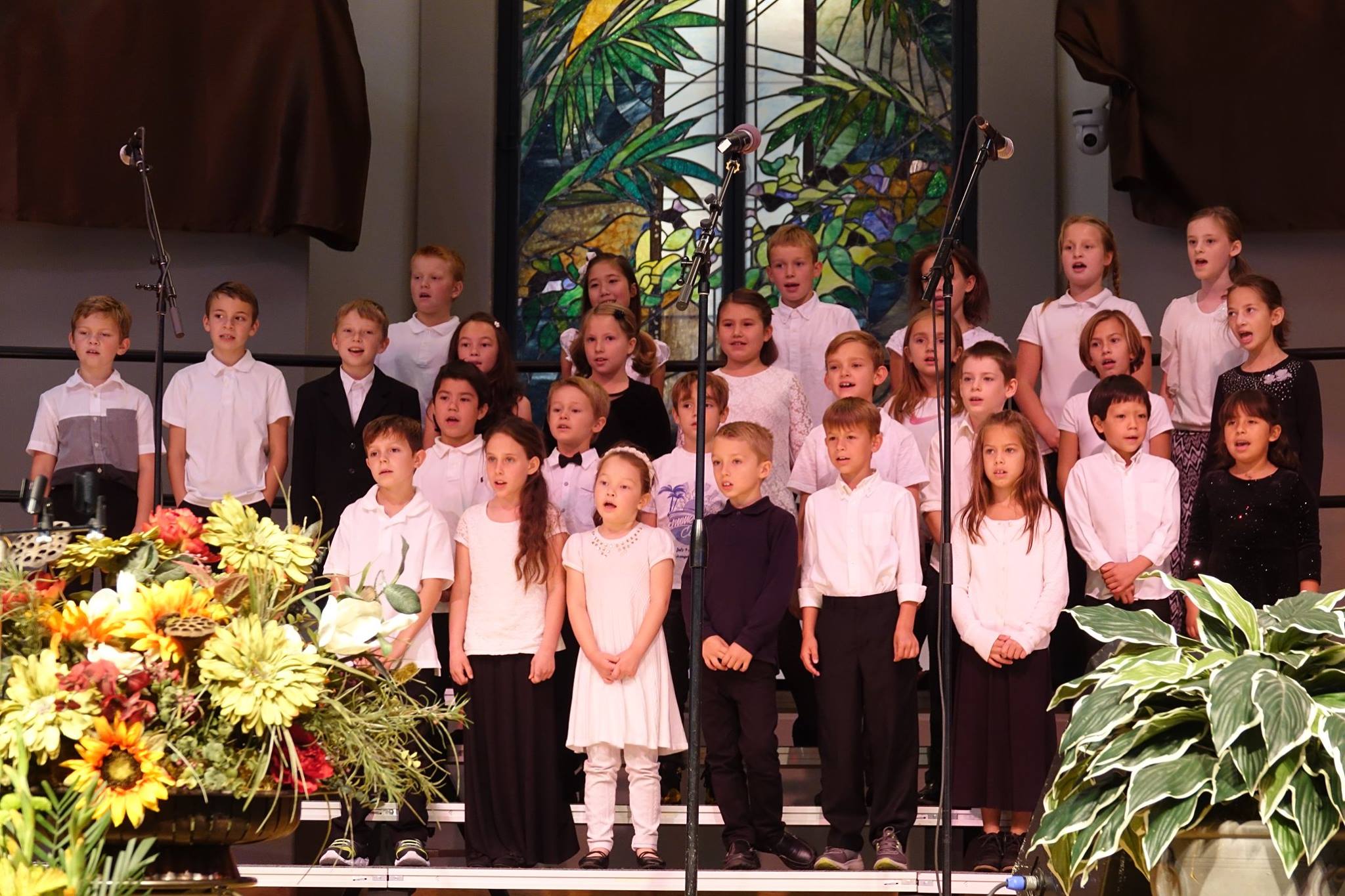 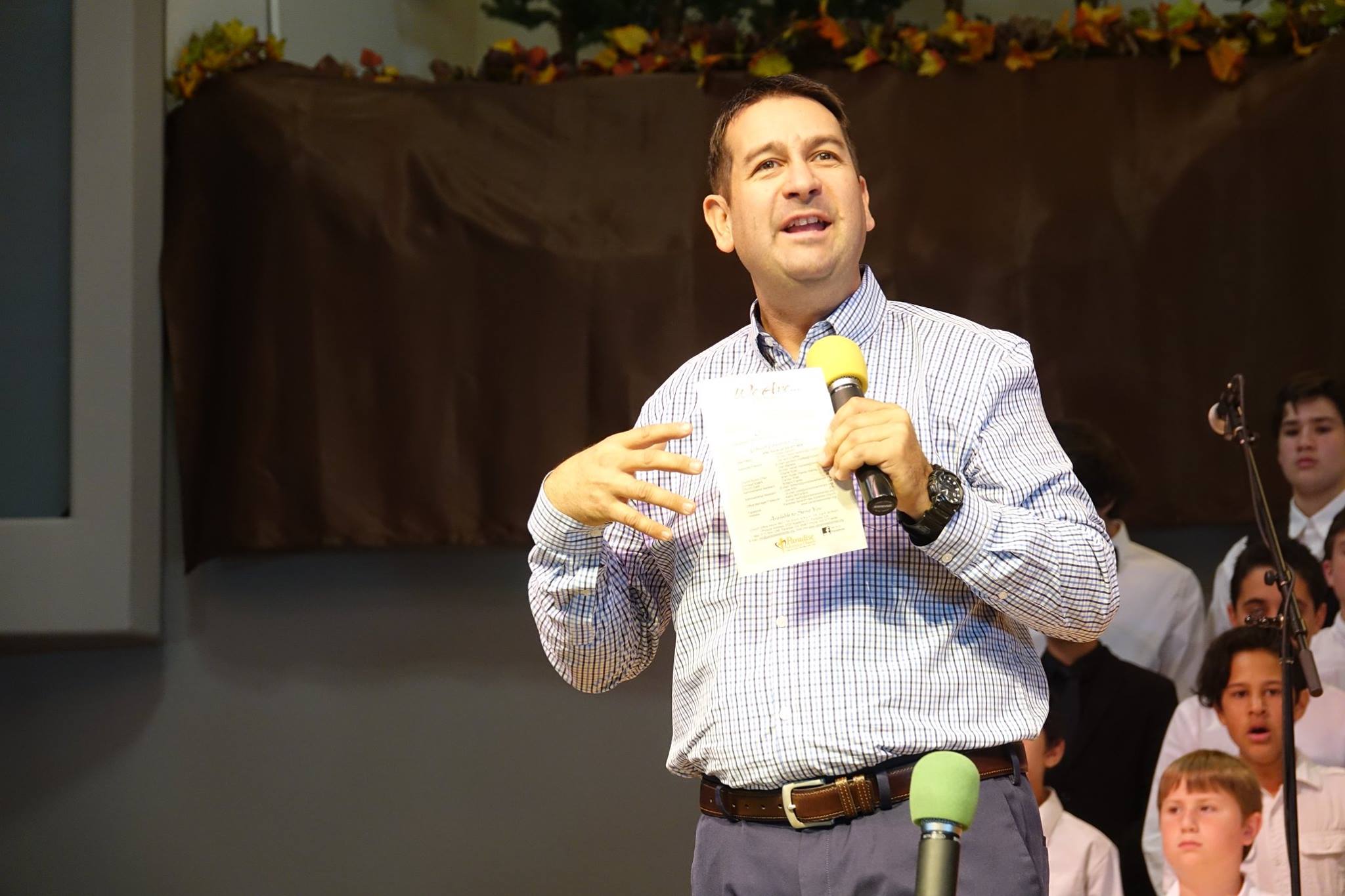 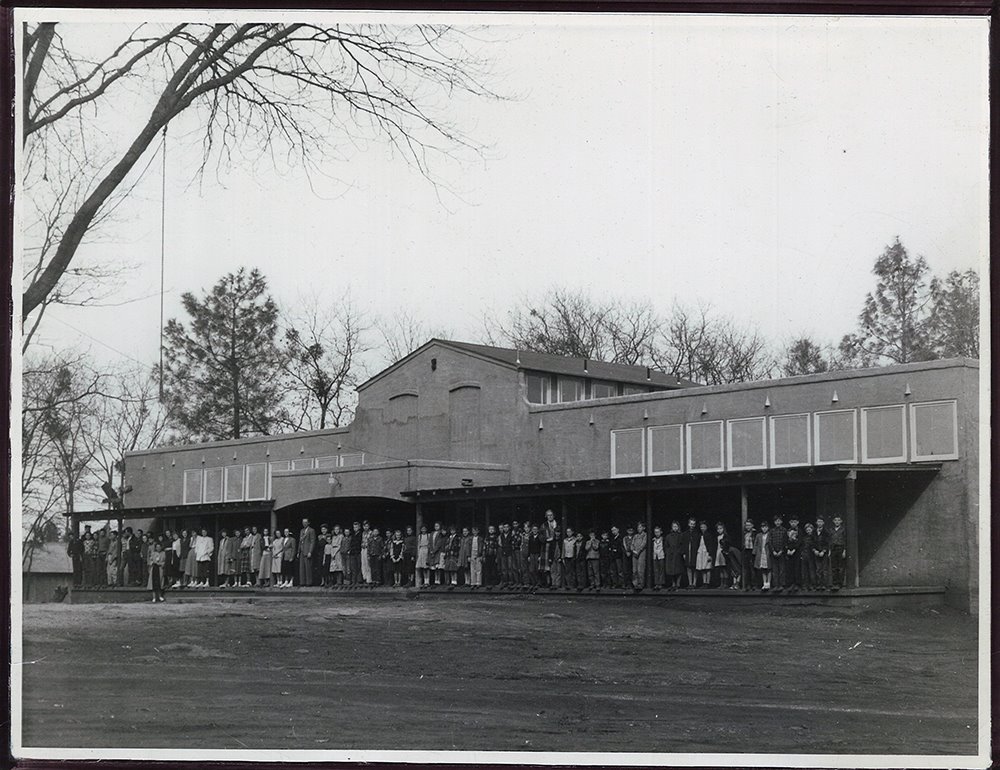 In 1931, land was purchased and a church was built, with the intention of housing the school in the basement. It cost $700, and the interior walls were bare studs. By 1932, there were 35 members attending. By 1942, the church needed a new home for its 120 members, and it was decided that a church to house 250 members on Hill Top Drive would take care of the needs of the Paradise community until the Lord would come. However, by 1945, an addition was built to meet the growing need.

In 1954, church members began a fund for a new church building, and, in 1957, purchased eleven acres on what is now Academy Drive. Following groundbreaking in August 1963, the new church building seating 999 was completed by June 1964. At least 615 church members met at Hill Top Church for the last time and marched to their new home for a service of praise and thanksgiving.

In the late 60’s, improvements—such as landscaping and sprinkler systems, a new church sign at the corner of Pearson and Academy Drive, a Saville organ that could be played over the carillon speakers, and air conditioning for the sanctuary—were added.

In 1972, the debt was retired, and the church was dedicated with a membership of 873.

Through the 90s, membership continued to grow, and the church building underwent several expansions and renovations, including: the addition of more Sabbath School rooms and a Fellowship Center with a commercial kitchen; a well, which continues to provide water to this day; renovations to the Sanctuary including a lift for handicap accessibility to the platform, a large stained-glass feature at the front of the church, two large video projection screens, a new Allen organ, and a new sound system.

During the early 2000s, the church launched several new ministries, including a comprehensive health outreach with the CHIP program, a low-power FM radio station on the school campus, and numerous small group ministries. Committed to Christian education, the church also supported an expansion of Paradise Adventist Academy in 2006, a worthy investment which was finally paid off in 2019.

With a large membership and active participation across all age groups, the Paradise Adventist Church was well established in the community.

Then, the Camp Fire happened.

On November 8, 2018 the largest and most destructive wildfire in California history destroyed a large part of the town of Paradise, and our church buildings along with it. The impact the fire has had on our community has been profound, and continues to effect our worship services, community members, and the plans for rebuilding. However, from all the destruction caused by the fire, we now have a new understanding of the virtue of hope. 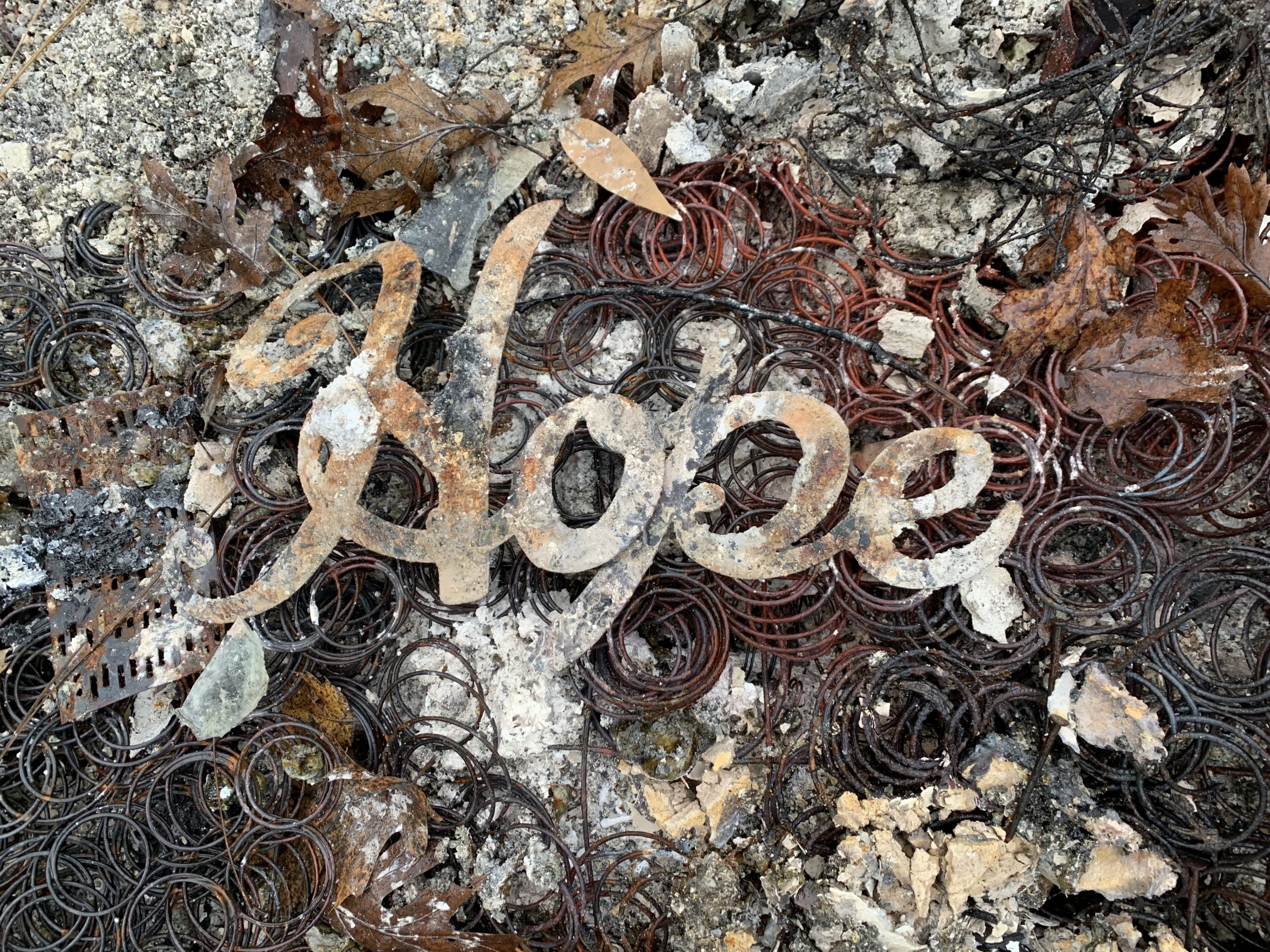 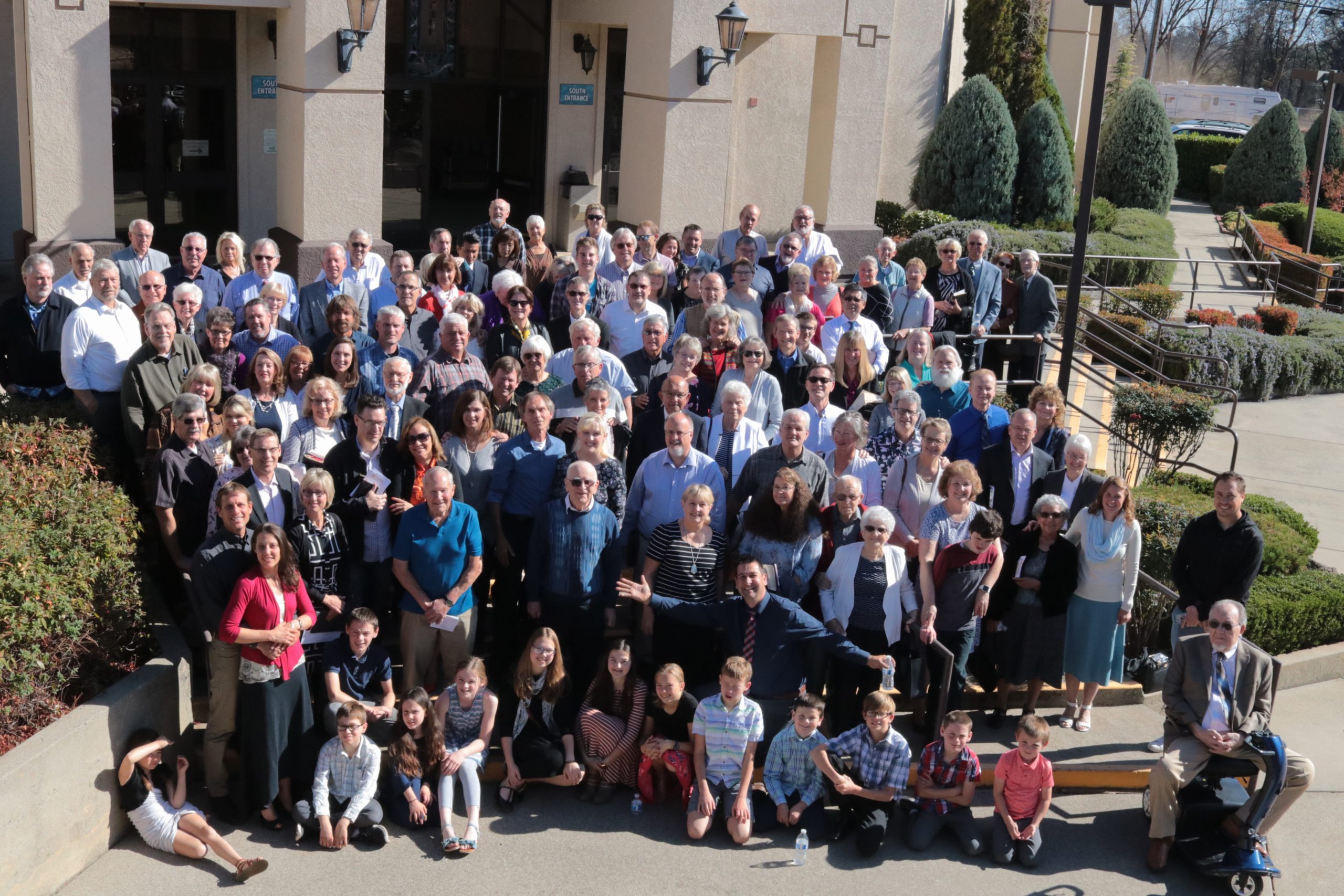 Following the Camp Fire, our community has had a renewed focus on service to others, striving to be an integral part of the Paradise rebuilding effort. Through outreach programs like the Camp Fire Shed Project and Love Delivers, we seek to show Christ’s love to our community members. Since the fire, our church family has continued to meet in various new and different paradigms, including joining the Chico Adventist Church, renting a space at the Paradise Alliance Church (which survived the fire), and now meeting on our own church campus, “Under the Oaks”. Eventually, we hope to move into the gymnasium of our school campus across the street, and then from there begin the process of rebuilding.